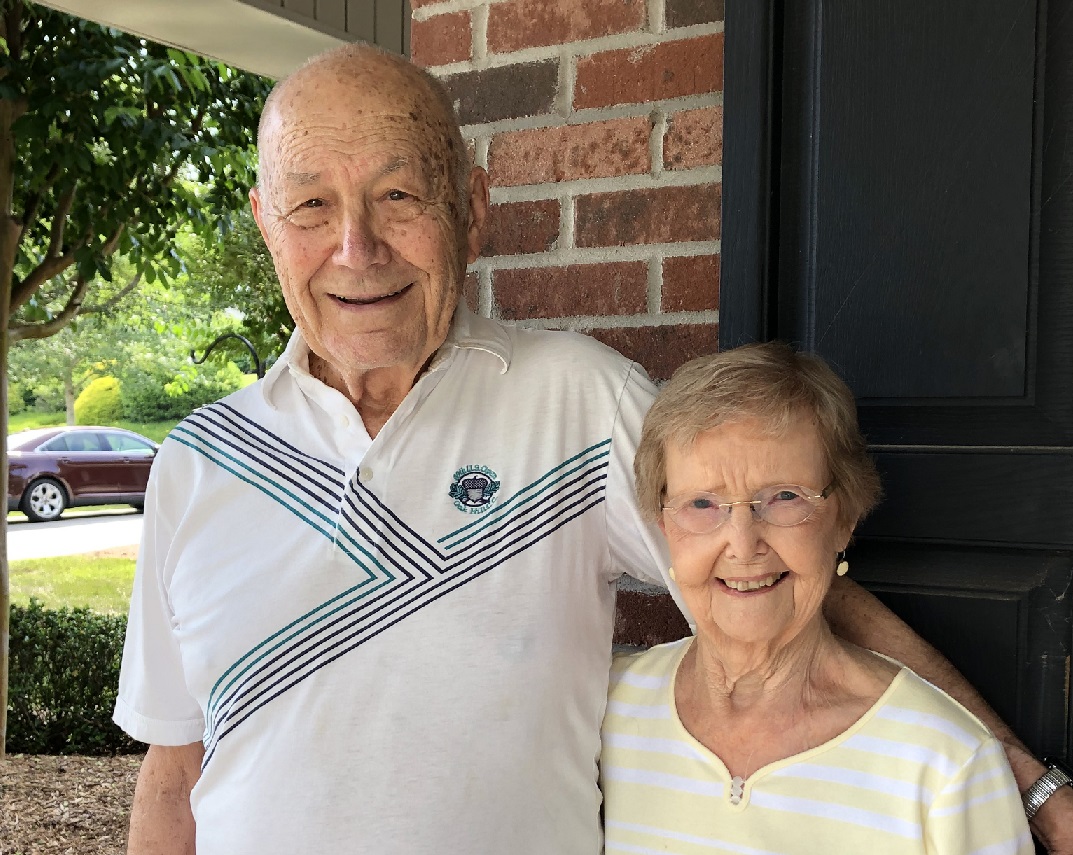 At 93, Bob Edwards is the envy of men a generation younger. Tall, lanky, and flashing a ready smile, he moves with assurance, confidently at ease in his body. That’s no surprise, considering that he’s exercised and been active on a near-daily basis for more than half a century. 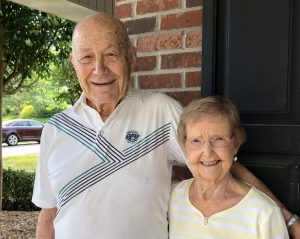 Bob and Pat Edwards after a morning walk

Fitness has been a way of life for Bob since he was 40. It didn’t come in response to a health scare or a physical shortcoming. Instead, while reading the Sunday paper one weekend, he discovered an article about a US Airman who praised the value of aerobic exercise, recommending a mile’s run each day. Bob thought to himself, Well, I can do that. After making a circuit around the block, though, he felt like he was going to die, so he quickly committed himself to improving his health outlook. In short order, what had been a momentary challenge became a way of life.

Now, while Bob plays golf on occasion and enjoys family hikes when possible, his longstanding routine is a quiet, early-morning walk around his neighborhood at Abernethy Laurels retirement community. Accompanied by Pat, his wife of nearly 67 years, Bob starts out at 5 am daily, and the two walk for an hour to an hour-and-a-half – just as they have for 53 years. With that sunrise exertion out of the way, they have breakfast together and begin their day. Twice a week, they also follow a low-calorie fast.

Decades after his initial run, Bob believes that good health doesn’t require herculean effort or drastic measures. It’s a simple impulse that builds into an everyday habit and continues with a faithful desire for well-being. Like most things worthwhile, it requires ongoing maintenance but becomes noticeably easier as it cultivates a sense of satisfaction and accomplishment. To Bob, being healthy means finding a physical activity or pastime you enjoy and sticking with it despite the temptation to do otherwise.

Asked if he thinks his diet and morning regimen have contributed to his quality of life at age 93, Bob is quick to acknowledge the benefits of getting the body moving and eating intentionally. With a shrug of his shoulders and a grin, he replies, “I’m not making a lot out of it. It’s just what you do.”